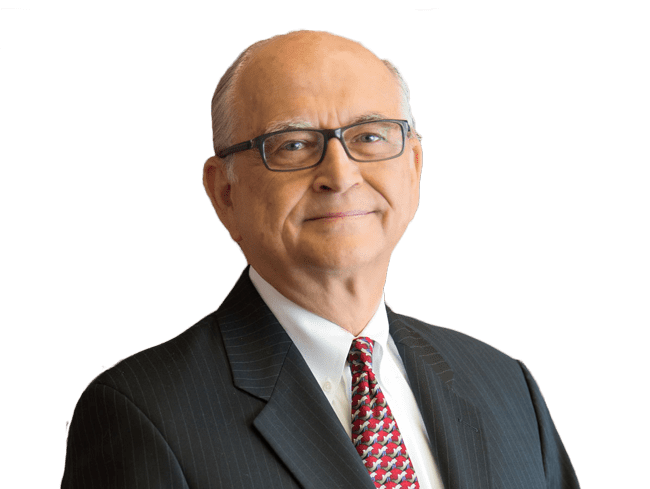 Life Trustee John Drost and Board of Directors member George Drost represent a kind of legacy for Uhlich Children’s Home. John joined the board in September 1964, serving as secretary from 1973-77, vice president from 1979-83 and president from 1983 until his resignation in 1987. One of the conditions of his resignation, however, was that his son George, who had been  familiar with Uhlich both through his father and his involvement in St. Pauls Church, would step up and join the board. Recently, John and George discussed their perspectives on Uhlich’s unique history, as well as the Home’s exciting plans for the future.

John Drost’s dramatic journey from his native Czechoslovakia (now the Czech Republic) to the United States is a story–like that of Uhlich Children’s Home–of families beating the odds to stay together.

“My family went through great hardships before we came here,” he recalls. “We were suffering under the Communists and the Nazi terror, and we had to get out. In 1948, I escaped to Austria. When my wife escaped, she couldn’t carry two children over the border, so she brought our older son, Rudy, but she had to leave George, who was only 14 months old, with my mother. We had to wait almost tow years before we could get him out, but when we were reunited in Austria in 1950, we came to the U.S.”

John did not take his good fortune for granted. “When we came to this country-the best country in the world, where we could better ourselves-we wanted to give something back. This was always in the back of my mind: We are here in a country that gave us a beautiful life and possibilities so of course we had to reciprocate.”

Through his position as business manager of St Pauls Church, John got involved with Uhlich. During his tenure as vice president and president, he worked hard to ensure the Home’s future, despite financial challenges. He strengthened Uhlich’s relationship with St. Pauls, revised and updated the bylaws, brought younger people onto the board and established working committees.

At about the time that John passed the board hat to George, Uhlich had reached a crucial point in its history-its very future was in question. “When Dad resigned, important decisions had to be made,” says George. “The building itself was not in good physical shape, but it had utility, and the organization was fiscally sound. We had to decide: Do we liquidate and sell our assets or do we reevaluate ourselves, build on our heritage and look toward the future, doing the hands-on work and making a difference in the lives of the families we serve?”

Fortunately, the Home prevailed and made great strides in improving the expertise and the professionalism of its board and staff, beginning with the recruitment of Executive Director Tom Vanden Berk. “Hiring Tom signaled a new professionalism for the Home’s management,” George explains. “Our idea was to begin developing innovative, effective responses to address issues affecting our children and families and to make our programs much more results-oriented.”

“It’s been an evolutionary progression. The board has been great and has spent a lot of time in strategic planning, thinking about who we are, what we want to do and, most important, how to serve our community effectively. Through the process, we established a board membership of people more familiar with contemporary issues and more diverse in terms of gender, race and background. We reached out beyond the traditional St. Pauls community-which continues to be very important-to become more representative in terms of whom we serve. And our programming now more accurately reflects the current problems and issues of families living in an urban environment.”

“Today we’re much more than residential care-we’re building an acclaimed network of programs that serves the family. we provide an environment that emphasizes education, values, ethics, and social conventions. Ultimately, we wish to establish a place that builds a sense of responsibility in those we serve and to give them a sense of ownership in our community,” said George.

As Uhlich, along with the rest of the world, faces the approaching millennium, John reflects on the Home’s future. “Though we’ve experienced great improvement since I first got involved with Uhlich, many opportunities to serve troubled children and their families remain,” he comments. “Just as we responded to the serious problems of our children in the ’60s-gangs, drugs, extreme poverty and new cultures-now we must do the same to help tomorrow’s children as the family structure continues to deteriorate.”

In looking at the “macro view of society,” as he calls it, George sees an ongoing problem with polarization of opportunity and changes to the welfare system that negatively impact child care and social services. “What can we do at Uhlich?” he ponders. I think the best thing we can do is to have a sound financial basis and continue to offer positive programs that, even in a small way, help keep families together, so that the basic unit of our society, the family, is not ripped apart. There needs to be dialogue and trust has to come back.”

Indeed, John and George are somewhat symbolic of the family continuum and the ways that life is a series of cycles. When When John came to the United States, he first worked in a factory and then at St Pauls Church, despite the fact that he was an attorney in Czechoslovakia. Eventually, however, he attended John Marshall Law School at night and passed the bar, practicing law in Chicago since 1962. Today, his son George (in addition to being  a partner in the law firm Drost & Kivlahan, Ltd.) is an adjunct professor at John Marshall and is involved in a Sister School program with Masaryk University in Brno, Czech Republic- the very school where his father received his first law degree.

“Our family represents a tale of two cultures and the importance of maintaining the family unit,” George says. “We came to the U.S. and would have been lost without the helping hands we received from many people and families. Now through Uhlich, we’re giving something back. I’ve also tried to instill that in my own children so that the legacy goes on.”